Joseph S. Samaniego is Back!

Today we are chatting with Joseph S. Samaniego again! Since we last spoke with him, Joseph has been busy being a publisher. Starting an Indie publishing company and maintaining his duties as an author are a stretch but he is always thinking on his toes. Starting January 2nd, Joseph is running a Kickstarter campaign that we think you should check out!

What have you been up to since we last spoke to you? Writing, lol! That and trying to build up the Mage’s Moon brand. In the meantime, and when I’m not working my 9-5, I’m trying to market the books and merchandise I have available currently or finishing up the latest WIP. Of course, I also stop and spend as much time with my family.

With the pandemic and the local lockdowns, we’ve stayed in more so we’ve been able to spend a lot of time together that would have gone to work or errands.

A little bit more writing time too but some added pressure. All in a day’s work though.

Since we last spoke you've released a short story collection, tell us about that.

The short story collection, Heroes of the Carolyngian Age, serves as world building backdrop to the entire Carolyngian Age series. This is a chance to read about a few of the names mentioned in the books. However, in the novels they are just footnotes of history. In this collection you can read why their famous and the impact they had in the making of the series.

A couple of the characters are also setting up future novels or stories. Such as, the first story about the Furies. They will be found in my upcoming release but Syrena is also a main character in The Queen of War.

I enjoyed the process of writing the shorts so plan to do another very soon. 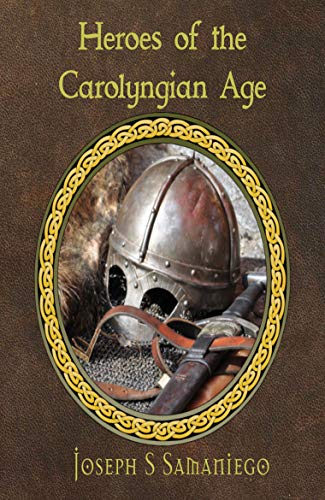 Your Independent Press, Mage's Moon, was founded in 2020. Tell us about the process.

Mage’s Moon is the brand that I want to present to the world. Currently, I’m doing that slowly but that will ramp up this year in 2021. Right now, and this past year, the goal has been all about building the name. I think that will always be the case but for now the goal will be to start to make a name for the brand in the fantasy world.

I’m the only author right now and though I’ve incorporated my past releases, my upcoming release will be the first official release for Mage’s Moon. That will be a huge milestone and the culmination of a year’s worth of effort.

It takes a lot of wanting to bang your head on the wall sometimes but at the end of the day the work will pay off and the hustle will be worth it. Plus it is something that will leave a lasting legacy.

What is the philosophy of the company and how do you plan to support the authors you encounter on your publishing journey?

Support for any author we will come to represent will be a priority of the company. The publishing world can be a tough place to navigate. You and I know that first hand. However, that is why I’m taking the time to do the leg work and make the mistakes first before taking in new authors. I want them to get the best experience possible. Will it be perfect? Nope, but it will be a vast improvement over the mistakes I’ve made along the way.

I’d want them to also know that the company will not only be a lifeline but a family. Much like we now support each other in the Writing Community with sharing of links and good news, etc…, the company will be actively supporting its authors and friends.

What advice would you give an author who is weighing their options in publishing?

Look at all the options available. This is always a hotly debated topic on social media. There is no right or wrong way in the long run. I didn’t start out to be self-published but it worked out for me and led me to today with Mage’s Moon. That isn’t for everyone. Some writers will query instead. I gave that a shot but that isn’t a strong suit for me.

Definitely look at the options and weigh them. Do you want to query 20, 30, 50 or 100 times? Do you want to get your work out there? How much creative control do you want? It is all part of the decision. In the end the right decision will be the one that you make for yourself.

Tell us about your new Kickstarter Campaign!

My campaign is for the release of book 6 in the Carolyngian Age series, The Fate of Kings and Queens! This will be the first official Mage’s Moon release but it is also the prequel to The Queen of War. I tell the story of King Gabriel and Queen Syrena before they were monarchs. More new characters, more back stories, world building and character development.

The Campaign will last 60 days and is seeking $1,000 to help with the cost of producing and releasing a novel. There will also be some great rewards for the contributors. Maps, Mage’s Moon swag, e-books and signed print copies. Readers can visit the link to contribute to the project. What are you reading right now?

I’m currently in between books. I’ve spent so much time on The Fate of Kings and Queens that I haven’t had much time to read anything else. I have a few on my TBR list. Deston Munden’s Dusk Mountain Blues and Sarah Ashwood’s Aerisia: Land Beyond the Sunset will be the next to come up.

The sky’s the limit. I have another WIP in the works, Empty Palace. This one will take readers on an adventure with the Shrouded Guild and a new faction of necromancers. I’m also looking to release the second short story collection. The second collection will included stories that will take readers to new parts of the world and many brand new characters!

For Mage’s Moon, there will be a new branch of the company with more branding and a cool new direction that I’m working on with my wife and brother. That will be announced soon. Other than that, it will be a lot of working!

The Kickstarter campaign is active until March 2nd, but don't wait to contribute! It's an "All or None" campaign meaning Joseph has to meet his $1000 goal before the money can go to Mage's Moon. 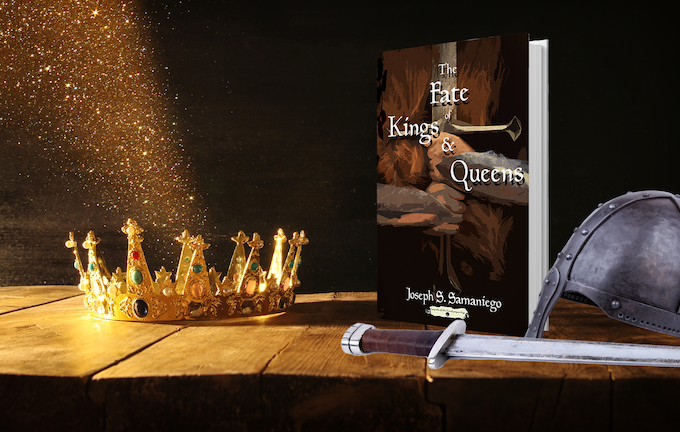